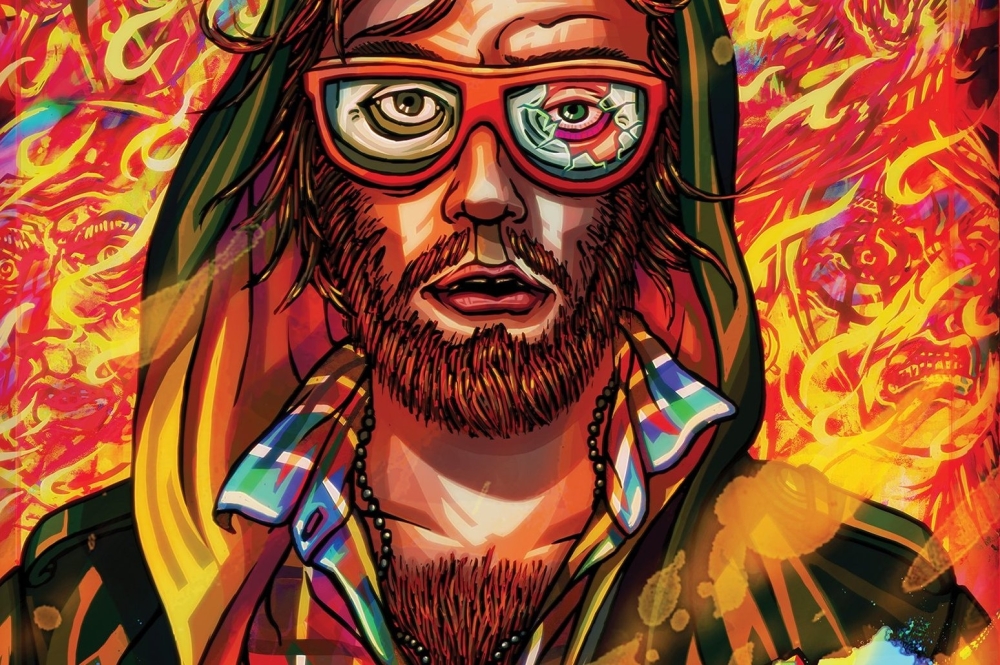 Until 2013, a lot of the breakout independent games I’d played – The Unfinished Swan, Braid, Flower, Journey – I’d found twee and insubstantial. But then Hotline Miami was toothy, and despite its total disregard for good taste, it was still intelligent. Every adolescent example of re-appropriated retro “style” was counterbalanced by a sincere, and very welcome, disdain for videogames. And though it was violent and excessive, Hotline Miami was never proud. As much as the player, whom it forced to die and restart over and over, Hotline Miami hated itself.

Hotline Miami 2, on the other hand, is entirely self-obsessed. From its extensive roster of characters, to its indulgent, sprawling plot, it simply cannot stop admiring itself, cannot resist its own company. The original was a dirty, small, rabbit punch of a game, not dissimilar to Kane and Lynch 2, which announces its presence and then deftly – rapidly – fucks back off. Hotline Miami 2 by contrast never seems to end. Videogame excess, represented by neon colours, implausible high scores and gallons of blood, was detested by the original. Here it’s beloved. There is always more, more, more – more weapons, more characters, more sub-plots, more enemies. And not only does it feel like the creators have fallen for the violence, the profusion, which they once railed against, they’ve also succumbed to videogames. This is as standard an issue sequel as you can imagine, continuing the story of the previous game and adding mere tweaks and nuances to familiar mechanics. The budget is lower and the graphics are simpler, but sensibilities-wise, Hotline Miami 2 may as well belong to the Call of Duty series. At GamesCom 2014, the creators, Dennaton, posted what was supposed to be a joke list of banned questions about Hotline Miami 2. At the bottom was “why do you call it a sequel when it’s pretty much the same?” followed by a comment from Dennaton asking “do you ask Activision that, too?” These guys knew what they were doing – they knew that despite the blood, the music, the contrarian exterior, Hotline Miami 2 was a money-spinner, and in a final act of acceding to the gaming industry, they used as defence its largest publisher.

Without distaste for violence, for videogames, for superfluity, Hotline Miami 2 is nothing. It doesn’t work as a shoot ’em up – the levels are too large, the enemies too plenty to encourage reckless fun. Neither does it work as a stealth game. Your opponents basically all carry guns, so the silent, timing-dependent sneak approach is practically impossible. The plot is boring, nihilistic, super-8 bullshit. There are twists, there are dream sequences, there’s surreal and unrealism, but more than thirty years after Videodrome, twenty years after Natural Born Killers, and a decade since Rockstar’s Manhunt, none of it is original. Nothing happens, no-one learns anything and not a single character has any convictions. And although that might be “the point” it’s a point that’s been made time and time over by now, in films, in TV and in plenty of other games. For the same effect and without the crappy aiming and shooting, play the aforementioned Kane and Lynch 2. Or Manhunt. Or Spec Ops. Or Hitman. Or Far Cry 2. Or Max Payne 3. Or just Hotline Miami.

Hotline Miami 2 ends with all of the surviving characters being killed by nuclear missiles. It’s purposefully unearned – an attempt at iconoclasm, and in willful defiance of narrative conventions, it comes from nowhere. Someone thought this was a brave and funny ending, a rebellious “fuck you,” in the spirit of a punk band smashing up its instruments. But we’re all adults now, and this bored, shitty, easy fucking cynicism doesn’t wash. It’s just crap. It’s just nothing. It’s the storytelling equivalent of sniggering with your mates up in your bedroom, because you think your dad doesn’t know you’re in there smoking. No-one’s offended by this, and there’s not an adult alive who won’t “get” Hotline Miami 2. It’s just that we’re not interested. We’re just past this now, this adolescent, blanket negative fucking affectation. All of Hotline Miami 2’s moves have been made before. The fact it’s so proud of itself comes across sometimes as smug but other times just as quaint. It’s a harmless, puny, teenage little game – it’s a fucking garage band, playing out of tune guitars, whilst snacking on cookies that have been brought in by mom. How it got to this – how Hotline Miami became Hotline Miami 2 – I’m not entirely sure. It’s some combination of trying too hard, not trying enough, conforming to the industry and straining to defy it.